Hi there, welcome and welcome back.  Today my brain is empty, well, almost.  I have been focusing on which photos I want to put in the book I am writing and as I have a one track mind, I have not been able to come up with a post.  My main issue is that some of the photos I want must be purchased from newspapers or museums before I can use them, so I have to spend my money wisely.  Do I want ten photos or twenty?  The photos will be sent to the publisher along with my manuscript., and I am shooting for a month or so from now.  So, with this post I am going to cheat a little and let the newspapers do the talking.

In 1943, Duffy’s Tavern and the Jack Benny programs were big hits.  The two main stars were Ed Gardner and Jack Benny.

However, the popularity of these shows was also due, in part  to two other gentlemen:  Eddie Green and Eddie “Rochester” Anderson:

In 1943, both Eddie and Rochester appeared together on “Duffy’s Tavern”.  The following article appeared in The Pittsburgh Courier, January 1943, with the title, “Rochester, Eddie Green Steal the Show” – Eddie “Rochester” Anderson and Eddie Green climaxed the season’s laugh riots with a battle of wits on the popular Blue Network show “Duffy’s” on Tuesday evening. The comedians, together for the first time, were featured prominently during the hilarious half-hour, contributing much to the success of the show. Although old friends since vaudeville days, when Rochester was a dancer and Eddie a comedian their opportunity to appear on the same entertainment bill did not come until Jack Benny’s show began a tour of service camps in the East.  Rochester’s success in pictures has paralleled that of his work in radio, having been featured in “Jezebel,” “Gone With The Wind” and several Jack Benny films.  Eddie Green is heard regularly with Ed “Archie” Gardner on the Duffy’s program; following a successful run on Broadway with Bill Robinson in “The Hot Mikado.” He started as a boy magician and now owns the Sepia-Art Pictures, film producing company, servicing over 500 theaters.”  Pittsburgh Courier, January, 1943.

I am proud of Eddie and Rochester.  Rochester remained a family friend after my father died and would visit us periodically.  I have had the pleasure of having a conversation with Rochester’s son, during the past year, and I have also had the pleasure of communicating with Ed Gardner’s son.

Eddie Green, Ed Gardner, Eddie “Rochester” Anderson and Jack Benny were a show business family.  They showed us how it can be done. 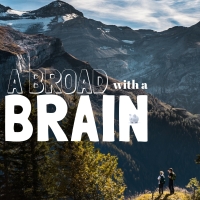