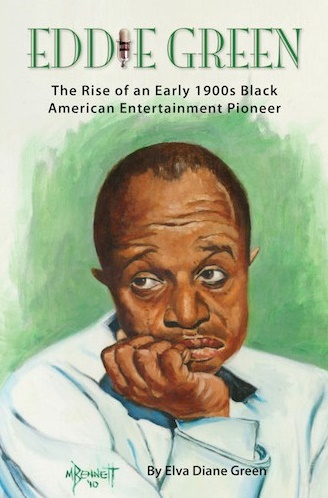 When questioned about his recipe for success, my father Eddie Green said the best recipe that he has for success, is to find what you like to do and do it the best you know how.

I decided to write a biography of my father. Once I got into the process of researching this gentleman who died when I was three years old, I found that I liked doing the research. I have the patience needed for this type of project, of course, I have an interest in the subject, and as time went on the information I discovered gave me the impetus to keep searching. I was amazed at how much my father had accomplished in his lifetime that I never knew about. I began to like what I was doing. The book writing idea began back in about 1998, but the serious work began in 2010. I like it and I have done it the best I know how. This week I am signing a contract with a publisher. The very publisher I had planned to contact when I was ready (meaning when I got over being afraid of certain rejection).

I have a PUBLISHER. The cover photo is on my previous post and the title is: Eddie Green – The Rise of an Early 1900s African-American Pioneer.

And just in case here is another picture of Eddie:(Hopefully, WordPress places it here)

Eddie is the little short dude standing next to Mr. Ed Gardner, his boss in the Duffy’s Tavern 1945 movie. I have to point out here, that Eddie and Ed became good friends and I have had the pleasure of being in contact with Ed Gardner’s son.

This week I am addressing the proofreading “those wonderful people out there” did for me, and beginning my photo scanning.

I am now in a new phase of my book writing project and I will continue to post about it here because, after all, this is why I bought this, my very first laptop. I wanted this blog to be an inspiration to others. I believe it has been judging by my friendly followers. So, stay tuned for more good news!

And Thanks! For stopping by.