Too tired of US politics. Going to talk about my father. Hello good people. Maybe I would have done a blog about something scary for Halloween, but I had my trick yesterday-someone egged my car. Right in front of my abode. The freaks were out last night! You ever had to clean egg off of your car? I didn’t even get angry. Another thing that is just not worth the energy. Focusing on my father feels good to my soul, so I post a lot on Social Media about Eddie. Then I forget what I put online. Someone found this photo I posted with an article about 2 years ago on Twitter and they Retweeted it!. They liked it that much. And that made me feel good. It really made me LOL.

In 1929 Eddie was in a musical called “Hot Chocolates”. He wrote a couple of songs and he wrote the comedy sketches. One sketch was “Sending a Wire”. A newspaper article read: The Brooklyn Daily Eagle said “The whole town is talking about Eddie Green, prime colored comic, who will put on one of the funniest skits on the stage. He will dash from the Hudson Theater immediately after the final curtain to the National Broadcasting Company where he will re-enact his side-splitting “Telegraph Office” skit for Commander Byrd and his crew.” (Brooklyn Daily Eagle July 18, 1929).

Seeing this photo again made me wonder why a skit about a telegraph office would be funny. Eddie was trying to send the wire and James Baskette was the clerk. Sending a telegraph or “wire” was the thing in 1929, it was fast and you could communicate with people across the world. It led to the telephone, the fax machine and now the internet, losing favor after the 1929 stock market crash. However Eddie kept up with the times in his comedic sketches, and the telegraph would have been of interest to him as he was already a ham radio operator (had his own station) and he loved to communicate with people all over the world. The internet would have been right up his alley.

Well, Warner Bros. certainly liked the sketch as they produced a film for their Vitaphone Varieties series. The skit from “Connie’s Hot Chocolates”, “Sending A Wire”, became a Warner Brother’s Vitaphone film that was said to be the funniest Vitaphone comedy act “which has yet been produced”, and that it “kept thousands shaking with laughter.” The film is registered in the Library of Congress as Sending A Wire, Eddie Green and Co. (Warner Bros. (as The Vitaphone Corporation) 1929 Sending a Wire © September 28, 1929 Murray Roth (director); Eddie Green with Jimmy Baskett & (NYC) (vitaphone varieties – Cinematop). There is just the one film in existence and I will probably never get to view it, but just knowing it exists helps me know my father as an entertainer.

This was all so long ago. Even before my mother met my father. As a matter of fact she was only six in 1929. Eddie was 30 years older. Chronicling my father’s life has been deeply satisfying. I know my own positivity comes through Eddie. (My inner sarcasm comes from Mom.) My ability to laugh out loud comes through him. I used to tell her I was funny because Eddie was (she didn’t think I was funny). It’s good to be able to keep Eddie’s name and face in the fore of people’s memories. I feel much better now. I love you, Eddie.

Friends and family, stay safe, love each other and thanks, for stopping by. 🙂 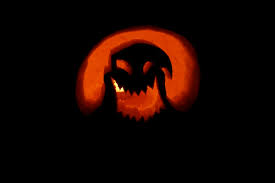 Hi, there.  Well, I would like to wish you a Happy Halloween, although the guy in the above photo would probably not agree with me as he doesn’t think Halloween should be a fun holiday like everyone else does.  But since it’s the season, I chose Oogie Boogie to lead off this post.  (Thank you, Mr. Burton.)  I also chose Oogie because of his last name, Boogie.

My father, Eddie Green, was doing well in radio entertainment career in the 40s.  According to the Syracuse New York Journal   One of the radio programs Eddie appeared on was the Canada Lee show on WEAF, ” Eight to the Bar.”  In the 1940s, the phrase “eight to the bar” was up-tempo slang meaning “a boogie beat.”

There was a boogie-woogie dance: 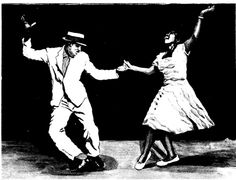 When I found the “Eight to the Bar” Canada Lee program in the Syracuse newspaper, I remembered that I have in my possession a DVD of a Jubilee radio program from 1943 with Mr. Lee and my father doing a comedy skit together.  Being a good researcher, I looked up Mr. Lee, and I am so glad I did.  Canada Lee is another of those famous, successful, Black pioneers, like Eddie, who seems to have been forgotten by the general public.

Canada Lee was born Lionel Cornelius Canegata in 1907.  At one time he was a jockey, and then became a boxer, welterweight division, until he sustained an eye injury.  Before he had his radio show, Mr. Lee began an acting career. He was cast in his first major role, that of Banquo, in the legendary Federal Theatre Project (a New Deal program started to help struggling writers, actors, directors, and theater workers) production of Macbeth (1936), adapted and directed by Orson Welles, with an all-black cast.  Macbeth was sold out for ten weeks at the Lafayette Theatre.  Mr. Lee played Banquo (When Macbeth kills the king and takes the throne, Banquo—the only one aware of this encounter with the witches—reserves judgment for God.)  Having never read Macbeth, I had to read it to understand what the heck I was writing about in this post.  Anyhow, The play debuted in 1936 at Harlem’s Lafayette Theater and was performed for segregated audiences. It was so popular that it exceeded its initial run, then toured the country, spending two weeks in Dallas at the Texas Centennial Exposition.

Canada Lee appeared on Broadway in Anna Lucasta.  He also appeared in the movie Lifeboat in 1944, directed by Alfred Hitchcock: 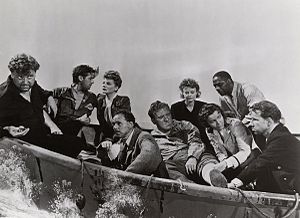 There is much more information out there to be found on Canada Lee, if you care to look it up.

Below is the comedy skit I referred to earlier.  Canada Lee and Eddie performed  in 1943, on Jubilee, a radio program that was broadcast to the nations military to help ease the stress of war.  The skit was titled “Boxing”, from January 5, 1943:  I have heard this skit and Mr. Lee has a nice, strong voice, where my father’s voice was a tad higher which Eddie said himself in a newspaper article. Hattie McDaniel acted as Mistress of Ceremony:
MISS McDANIEL: The clock says it’s laughing time. And when it’s time to laugh, then it’s time to listen to Eddie Green  and Canada Lee!
CANADA LEE: Remember some time ago, Eddie, I told you that I think you would make a good prize fighter?
EDDIE, laughing: .Yea, I member that, I do.
CANADA LEE: Well now, listen Eddie. Just like I told you. You’ve got the makings of a great fighter. I’m gonna build you up to be a champion.
EDDIE: No, is you?
CANADA LEE: Yea, I can see the whole thing.
EDDIE: You can.
CANADA LEE: Yea, First, I’ma have you fight some ham and eggers.
EDDIE:  some what?
CANADA LEE: Some ham and eggers.
EDDIE: Oh, right away I get scrambled.
CANADA LEE: No, no. I mean these fights are free, see. We pay these fighters to lay down.
EDDIE: Well, why can’t they pay me to lay down?
CANADA LEE: Oh Eddie, don’t be silly, you’re honest. When it comes to fighting you’re upright.
EDDIE: Yea, but not for long.

I started this blogging project as a way to get noticed by publishers, as a writer, which would help me when I was ready to publish the first book that I have written about my father for my grandson, because the general consensus is publishers want to see something other than just one book.  The blog is also a way for me to get over a fear of putting my writing out into the world.  What I did not expect was the education I would get from this process, through research.  Nor did I expect to have ideas about the possibility of continuing to write after this first book.  But I do.  Have ideas.  But first, I must finish proofing my first endeavor.

I like to finish my posts with something that refers back to the beginning: 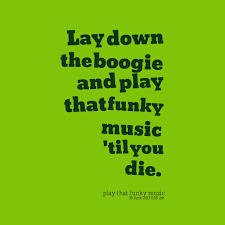