Hi.  I am writing this post on December 22, 2014.  For whatever reason, I am not in the Christmas spirit this year.  At least, I am not in the spirit of buying Christmas presents, nor do I have the money.  I like listening to “Silent Night” by the Temps and “The Little Drummer Boy”, but I have not done so this season.  Maybe I am not looking at my life properly.

Today I read an article about a woman whose daughter was lost in the Tsunami 10 years ago.  At least, the daughter was assumed lost.  This lady has just found out that her daughter’s body was actually found and buried in a grave marked with a stone.  Somehow, someone found this lady and gave her the news about her daughter.  The article said that the mother is sad, but happy that someone took care of her daughter for her.  This mother is unable to travel to give her daughter a final goodbye as she doesn’t have enough money. She taps rubber trees for a living, which starts the process of making latex, and it probably does not pay very well.   She taps rubber trees for a living and, oh poor me, I can barely get out of bed and get to my computer or the TV.

I need to start looking at the fact that I can get up when I feel like getting up, I have a computer I can turn on and listen to all types of music from anywhere and I have a TV, AND my life is pretty calm right now.

For Christmas this year I will say a prayer for those whose children may not be with them, that they may find solace in the reason for the season. 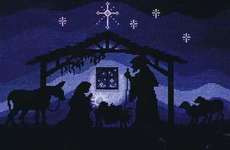 remote village in Myanmar’s southern Karen state, where she taps rubber trees for a living.

May’s mother is too poor to travel to Thailand to retrieve her daughter’s body, or to pay to have it brought home. She hopes the body can be cremated in line with Buddhist customs.

4 thoughts on “A Prayer For Christmas”