Lately I have taken to signing my emails with my first name italicized, like this. I have also begun to use a different font from what’s used in the body of the message. Today I noticed that italicized letters give the illusion of movement. Elva. Which then reminded me of the fact that at one time the Elva racing car was quite popular. According to Wikipedia, Elva was a sports and racing car manufacturing company based in Bexhill, then Hastings and Rye, East Sussex, United Kingdom. The company was founded in 1955 by Frank G. Nichols. The name comes from the French phrase elle va (“she goes”). I have obviously started to think of myself as someone who is going forward. So my name is appropriate for this time of my life. My mother told me that my father chose my name and I always wondered how he came up with Elva. I know he took my mom to Paris once, maybe he heard it there. And I do love pairing it with a cool racing car. 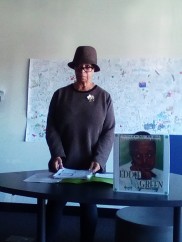 This past week I had a library presentation in Los Angeles. I shared about the biography I have written about my father, Eddie Green. The book was published in 2016 and I am happy that I am still being asked to do these presentations. When I started writing the book I never even considered the possibility of appearing before a group of people to talk about the book. I just wanted to write it.

I have gone on to do presentations at libraries, Rotary Clubs, and clubs whose members are in the Entertainment business. I have done podcasts and radio interviews. Here I am at Mark Twain Library, still going, doing my thing-I think I am listening to a member of the audience. (I look just like my father!). 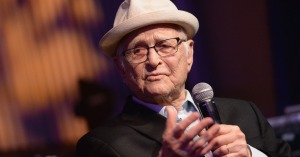 In the meantime, I have added to the process of going forward by starting the research on my second book by interviewing the producer of the tv sitcom, The Jeffersons. Yes, I had a 20 minute phone convo with Mr. Norman Lear. For those of you who don’t know, Norman Lear is an American television writer and producer who produced such 1970s sitcoms as All in the Family, Sanford and Son, One Day at a Time, The Jeffersons, Good Times, and Maude. I wrote out my questions beforehand, went to the park and made the call. The cell phone didn’t cut off and Mr. Lear was easy to talk with. My second book will be about The Jeffersons 1970s-1980’s television program.

I have started to watch all the episodes of The Jeffersons (DVD), and I have even begun to try and get a cast member to do a foreword for the book. My wonderful publisher thinks I am just right for this book writing project, so I must be! ELVA–SHE GOES.

Hey, thanx, for stopping by!!! 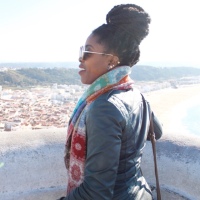 Constance As A Writer

“Celebrations, Found Truths, Sheroes, Heroes, Events and Programs” which recognize and celebrate the contributions in art, literature, politics and education of the African American community throughout the year in the DC Metropolitan area.

Welcome to blackoutloud. This blog is a venue for expressing, enlightening, and sharing the experiences of being Black in America.