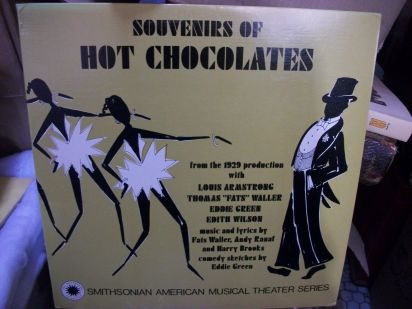 In 1923, Conrad “Connie” Immerman, a Latvian immigrant bootlegger, transformed the club in the picture on the left, into one of the most popular clubs in New York, where early morning jam sessions carried out to the Tree of Hope that stood in front.

I looked up the “Tree of Hope” and at first what I found were articles about the Sycamore that had been destroyed on September 11, 2001. One article was by a person who worked with St. Paul’s Church.   It stated that the tree had been located in the northwest corner of the old graveyard of St. Paul’s Chapel near the World Trade Center.  There is now a smaller Spruce tree in that spot, which is known as the “Tree of Hope, which symbolizes peace for our world and which gets lit up with spotlights and decorated with doves for the Christmas season.

Then I found an article that refers to the “Tree of Hope” in the picture, above, in front of Connie’s Inn.

The legend and tradition of this “Tree of Hope”, began outside the famous Harlem Lafayette Theatre once located between 131st and 132nd Streets on Seventh Avenue, known as the Boulevard of Dreams.   Some performers believed the tree to be the purveyor of good luck to those who stood beneath its branches. The tree came to symbolize the promise that Harlem held for millions of aspiring African-Americans.

Around the time that the Apollo Theater first opened in 1934, the City of New York widened Seventh Avenue and the trees that had once lined the Boulevard of Dreams had to be removed. One of the trees doomed to this fate was the famous Harlem landmark, the “Tree of Hope”, across from Connie’s.  Someone saved a section  of the trunk of this very tree, and it now stands on the Apollo stage.

The connections here are mind-blowing.

My father, Eddie Green (for those who are new to this blog), performed on stage at Connie’s Inn in 1929 in “Hot Chocolates”.  Not only did he perform, he also wrote the comedy sketches and he wrote the “talking” song “Big Business.”  On the album cover pictured above, Eddie is listed under Thomas “Fats” Waller.  I must point out again, Eddie is listed with Armstrong and Waller, two gentlemen a lot of people know-but Eddie’s recognition factor is almost nil.  And as the years went by, Eddie became a well-known star of stage, screen and radio.  I hope  to change this recognition factor, because I think my father deserves it and my grandson will  benefit, and I will feel better.

The talking song “Big Business” was also a prize fighting skit for the in-between-weight Championship.  Jazzlips Richardson was in the opening and of course, “Fats” Waller did the piano passages.

I found this on-line:

This was the show that boosted Eddie’s career.  “Hot Chocolates” went on to Broadway.  Eddie was cast as a performer over the radio for Commander Byrd in Antarctica and he wrote a few more songs.  Warner Brothers featured Eddie in a Vitaphone film titled:
“TEMPLE BELLES”
With EDDIE GREEN
Featured Comic of “Hot Chocolates”

March 28 Eddie Green copyright’s “We All Want What We Want When We Want It”.

Ain’t that the truth.  I want my computer to act right.  So I am logging of now.  Thanks, for stopping by.