Hi there.  I have become addicted to finding images for my posts.  The thing is, once I start looking at the different pictures, I absolutely must look at just a few more, and then I want to know more about these pictures and before I know it, I have lost track of time.  Which means I start my posts later than planned.  The above photo is New York circa 1925.  My father, Eddie Green, was producing a play and performing at the Lafayette and other venues in New York, as opposed to being on the road in 1924 and 1925, so he brought his mother to live here.

In 1924 Eddie was working the Burlesque Circuit, first as the star of “Plantation Days”, which was a musical review.  According to A Century of Musicals in Black and White by Bernard L Peterson, (1993), Greenwood Press,  “The original “Plantation Days” toured from New York City in 1922, playing such eastern and Midwestern cities as Pittsburgh, Detroit, Cleveland, Toledo, and Chicago; staged by Leonard Harper.  Starring the dancing team of Harper & Blanks (Leonard Harper and his wife, Osceola Blanks), comedian Eddie Green, James P Johnson and The Plantation Days Syncopated Orchestra.”  After which they returned to New York.  Eddie went on to work with Barney Gerard in “All In Fun” with the Columbia Circuit where he was listed as: EDDIE GREEN-Late Star of Plantation Days.”

In September of 1924, Eddie found himself working, once again, with Leonard Harper, who had staged “Plantation Days.”  Mr Harper was a well-known producer, stager, choreographer and studio owner.

Eddie was hired to produce the “Stepping High Creole Review” for Leonard Harper in September of 1924. at what was then the Hollywood Cabaret at 203 West 49th Street, in New York.  The Hollywood Cabaret was a nightclub that was very popular at the time, the band that was featured was referred to by Hollywood ads as either, “Washingtonian’s Hollywood Jazz Orchestra” or “Washington’s Hollywood Jazz Orchestra”, of which Duke Ellington was a member.  The Cabaret also served liquor. And since Prohibition was in effect, they also had liquor raids, here is an excerpt from court documents:

The search warrant which was issued recited as follows:
“Whereas, it appears from the affidavit of Frank Rickey, that certain intoxicating liquor containing more than ½ of 1 per cent. of alcohol by volume and fit for use for beverage purposes is unlawfully held and possessed in a certain cabaret known as Hollywood Cabaret, located in the basement of the building at 203 West Forty-Ninth street, borough of Manhattan, city and Southern District of New York, and in any closet, vault, safe, cellar, subcellar, kitchen, ice box, room or rooms connected with or used in connection with said restaurant. 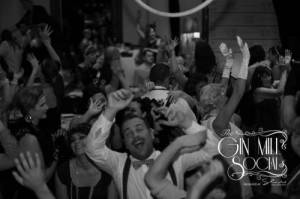 As my mom would say, “This must be the place.”

Unfortunately, according to a New York newspaper article:

“The Hollywood engagement was ended by a fire at 5 o’clock the next morning. The fire ‘wrecked’ the club and damaged stores in the building. Water from the firefighters’ hoses poured into the subway; the Daily Star reported 2 feet of water delayed the Long Island city bound B.M.T. trains a short while, other papers reported there was no delay. Ellington, too, recalled a fire around Christmastime.”

I keep thinking Eddie must have had a Blast living his life.  I am getting a picture of a man who did not focus on what could not be done.  Eddie suited up and showed up.  That is how a person keeps moving forward.

Is there someone who inspires you to move forward?  Think about it.