Well, here we are all quarantined together. A good time to take a look back into the past. The first picture on this post is a copy of a financial document from my father to Joe Seiden from about 1939. Eddie had his first movie studio in Palisades, New Jersey as did Seiden (Seiden Cinemas). Seiden edited Eddie’s films and helped with sound and the making of prints. Eddie made his first four films here from 1939-1941. What is now Fort Lee, New Jersey was, at one time, the “movie capital” before there was “Hollywood”. Fox, Universal, Biograph studios all began here. Oscar Micheaux was at Metropolitan Studios at this site. The last movie Eddie made here was “One Round Jones”, a movie about a nightclub owner who comes up with the idea to pay $50 to anyone who can go “one round” with his mystery fighter, who of course turns out to be Eddie.

When I wrote the biography about my father I discovered one thing. The more I searched for information, the more I found. This has carried over until today. When I first received this press sheet I was overjoyed. I had to have permission to use it in the marketing of my book which was fine with me. What I didn’t realize was that this sheet held a font of information that would eventually hook me up with more information four year after publication of the book. My first example is in the lower portion of the 4th column of this article a Mr. Lorenzo Tucker is mentioned as part of the cast. I did not expand on this in the book, mainly because I had no idea exactly who he was and how he would pop up in future. About a month ago I heard from an Eddie Green fan who had some original photos of my father that he wanted to gift to me. One of the photos is of Eddie and Louis Jordan and a woman name June Richmond. Louis and June had starred in the 1947 movie Reet, Petite and Gone. I decided to research this movie and learned that  Lorenzo Tucker appeared in this movie as the shyster lawyer, Henry Talbot.

Reet, Petite and Gone is about an Old-time musical star Schyler Jarvis, now wealthy, who is dying; his last act is a visionary plan for the future happiness of his son, swing bandleader Louis Jarvis, and Honey Carter, daughter of his long-lost love. But crooked lawyer Talbot has a nefarious scheme to get his hands on the Jarvis money. There is also plenty of swing from Louis Jordan’s Bands. Lorenzo Tucker also appeared in 18 of Oscar Micheaux’s films. He eventually went totally off the movie track and became an autopsy technician for the New York City medical examiner, where he worked on the body of Malcolm X. That original photo that is being gifted to me shines more light. Lorenzo seems to have started out with my father’s movie studio. 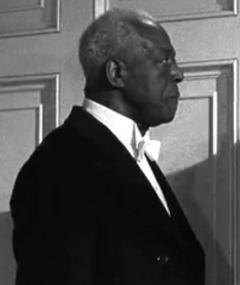 Then I noticed that Mr. J. Louis Johnson was also in the 1947 movie Reet, Petite and Gone. He played Senator Morton’s Butler. Well, J. Louis Johnson was a cast member in my father’s Sepia Art Pictures Company, Inc. in 1939. I did mention him in the book but I just did not see the connection. Mr. Johnson was in a lot of great movies. Mostly bit parts, but hey, he must have been a good actor because he worked with such stars as Clark Gable in Homecoming (1948), Lena Horne and Eddie “Rochester” Anderson in Cabin In The Sky (19400, and he had parts in Hitchcock’s Strangers On A Train and Orson Welles The Magnificent Ambersons (1942). But he was with Eddie before these others.

One last thing I discovered so far from researching Reet, Petite and Gone from 1947 is that the cinematographer used in the movie is the same cinematographer Eddie used in One Round Jones in 1939, Don Malkames.  I even have a quote from Eddie about Don: The cameraman he uses most of the time is “Don Malkames, a veteran when it comes to cameras”. Eddie noted that “an important attribute in the making of any motion picture is an experienced cameraman, particularly in photographing Black actors as there is a wide variety of skin colors and tints to be found in the colored race.” Eddie was working early on with some of the best in their fields. He knew talent when he saw it.

Because I began the process and wrote the book more and more information is being found and revealed to me four years later from people who have had an interest in Eddie Green before I wrote the book and who are now able to share their interest with me because of the book. This has been an expanding learning event for me. The book, this blog, the people I have met have been a continual source of positivity, and I really only started this writing thing to pass on some information to my grandson. I have found that I love bringing to light people who have contributed to this world in a positive manner but who have been overshadowed. Blacks, yes, because that is where my roots are along with my Italian roots. So when I say “people” I mean anyone, really. I just like to acknowledge people who deserve acknowledgement, in my opinion.

I want to thank all of my followers here at WordPress for hanging in here with me. My next book, tentatively titled The Jeffersons – A Fresh Look Back is just waiting for me to complete a couple of interviews, fill in a few more kudos to the crew and I’ll be afraid to, no, I mean I’ll be ready to show it to my publisher.

And thank you, Dan H. for keeping me continually proud of my father. 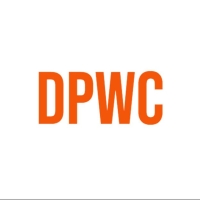