Today, watching Social Media, it has occurred to me that there are not many Black celebrities from back in the day remembered/celebrated for their many successes. The fact that I wrote my father’s biography was the best thing I could have done for his memory. People are so glad I wrote it! My father’s life story includes the fact that he sent one of his songs to a publisher in New York asking him to give it to the Mills Brothers or some such quartette. So I did a bit of research on the Mills Brothers. How many people remember the Mills Brothers? Probably a lot, but not as readily as they remember Doris Day. Maye it’s because no one talks about these Black giants of entertainment. And the Mills Brothers successes were phenomenal. The Mills Brothers made more than 2,000 recordings that sold more than 50 million copies and garnered at least three dozen gold records.

They became local radio stars and got their major break when Duke Ellington and his Orchestra played a date in Cincinnati and he was able to hook them up with Okeh records, the same company that recorded my father.

“Tiger Rag” became a number 1 hit on the charts. It sold over one million copies, and was awarded a gold disc by the Recording Industry Association of America (RIAA). They were a hit on CBS in 1930–1931, particularly when they co-starred on the popular The Fleischmann’s Yeast Hour hosted by Rudy Vallee (where my father would perform 1934-1937).

In 1934, The Mills Brothers became the first African-Americans to give a command performance before British royalty. They performed at the Regal Theatre for a special audience: King George V and Queen Mary. It was during this time that they lost their brother John, Jr. and their father took over his spot.

“I’ll Be Around” became a hit, and then a disk jockey played side B and “Paper Doll”, (written by Johnny S. Black) recorded in fifteen minutes, became a hit. It sold six million copies and became the group’s biggest hit 1943. “I’m gonna buy a Paper Doll that I can call my own”.

They appeared in movies in the 1930s and tv programs in the 50s (The Perry Como Show, The Tonight Show, The Dean Martin Show).

The rise of rock and roll in the early fifties did little to decrease the Mills Brothers popularity. “Glow Worm” (Johnny Mercer version) became the 5th million selling record in 1952, they had a hit in 1958 with a cover version of “Get a Job” by The Silhouettes. Their last hit was “Cab Driver”.

In 1998 the Recording Academy recognized the Mills family’s contributions to popular music when it presented Donald, as the sole surviving member, with a Grammy Award for Lifetime Achievement.

These four gentlemen were HOT. For quite a while. And it gives me great pleasure to know that my father wrote a song that he thought might work for The Mills Brothers. Doris Day was cool, I memorized “Que Sera, Sera” as a child and have seen almost all of her movies; but I love listening to those Mills Brothers. (“Shine little glow worm, glimmer, glimmer”) – Johnny Mercer version.

Hey, thanx for stopping by 🙂

7 thoughts on “Doris Day-Cool; But, Remember The Mills Brothers?” 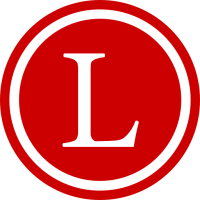 The best longform stories on the web