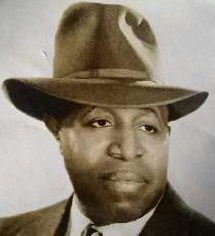 I have a few newer followers to this blog. So I am posting a bit of information, some of which is in my book, for the newer people, though I have added new information in this post that I have only found today. I have also included a YouTube video, so there should be something for everybody. Say Hi to this guy Eddie Green, my father. I began this blog in order to chronicle my research into and my writing of his biography. A rags-to-riches story of a man who was a composer, Broadway and movie star, an Old Time Radio icon and filmmaker.  The book has been published and has even won a Foreword INDIES 2016 Bronze Book Award (yay!!). I am in the process now of visiting libraries and Rotary Clubs and other venues to give presentations. I have been interviewed on podcasts and a National Radio program, and on YesterdayUSA.  And I am continuing to post on this blog, one reason being that I am still learning new information about my father, another is that I continue to make good friends as well as good contacts. And I continue to discover that there are lots of people in this world who knew of my father and wanted to learn more.

The title of the book is Eddie Green The Rise of an Early 1900s Black American Entertainment Pioneer. In the book I mention a song that Eddie and another actor, Ernest Whitman, sang in 1945, “One Meatball”. I decided to post a YouTube video so that my audience (you) can hear Eddie announced and, can hear his voice.

When I logged onto the YouTube site I noticed these comments from tugOjackson from 2000: Eddie Green was beloved by millions of Americans who knew him as “Eddie the Waiter” on the Duffy’s Tavern radio show (which was the basis of the Cheers TV show.) Eddie was a marvelous talent and I know he would have been just as successful today. Thanks (jazzman) for not letting him be forgotten. And who knew Ernie & Eddie could sing jazz too? Their jazz/comic timing is superb in this clip! This may be the best version of “One Meatball” ever recorded! Listening again to this superb rendition of “One Meatball”. Eddie Green’s spoken comic asides as Ernie sings the first chorus are pure jazz improvisation. And Ernie can really sing too. By the way Mark Twain mentions this song in his book Roughing It, so it goes waay back. (I have tried to locate these two  gentleman to thank them for their comments, but no luck so far.)

The song is by Hy Zaret and Lou Singer.  What I didn’t put in the book is the journey this song took before it got it’s current name. In 1855 while living at Cloverden in Cambridge, Massachusetts, George Martin Lane wrote the song “The Lone Fish Ball”; after decades as a staple of Harvard undergraduates, it was modernized into the popular hit “One Meat Ball”. The song is composed upon an old english folk song entitled “Sucking Cider Through a Straw”. According to Professor Morris H. Morgan, the song is based upon an actual experience of Lane’s at a restaurant in Boston, although the reality involved a half-portion of macaroni, rather than a fish ball. The song goes on to relate the impoverished diner’s embarrassment at the hands of a disdainful waiter.

After becoming popular among Harvard undergraduates, it was translated into a mock Italian operetta, “Il Pesceballo”, by faculty members Francis James Child, James Russell Lowell and John Knowles Paine, set to a pastiche of grand opera music, and performed in Boston and Cambridge to raise funds for the Union army. A fish ball was for breakfast, cooked fish and potatoes pan fried together. 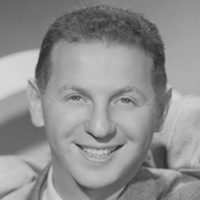 In 1944, the song was revived by Tin Pan Alley songwriters Hy Zaret and Lou Singer in a more bluesy format as “One Meat Ball”, and the recording by Josh White became one of the biggest hits of the early part of the American folk music revival. The song has been performed by  The Andrews Sisters, Bing Crosby, Jimmy Savo, Lightnin’ Hopkins, and others. Hy Zaret lived to be 99 years old, dying in 2007.

So, take a few more minutes, sit back and enjoy seeing my father, Eddie Green, and his friend Ernest Whitman in this compilation of images put together by jazzman and tugOjackson just so I could find it and share it with you.

As always, thanks, for stopping by.

3 thoughts on “You Learn Something New Every Day”

"All the evidence that we have. . . indicates that it is reasonable to assume in practically every human being and certainly in almost every newborn baby, that there is an active will toward health, an impulse toward growth, or toward the actualization of human potentialities." ---Abraham H. Maslow
Join 944 other followers
Follow pininthetush on WordPress.com